You are here: Home / Mannesmann Tally Printers – Service and Support

Mannesmann Tally manufactured impact printers for several decades. The company is no longer in business.

The History of Mannesmann Tally Printers 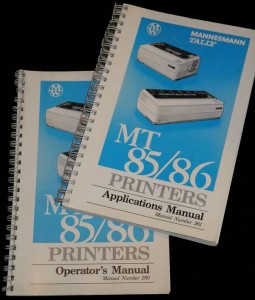 In 1979 Tally and Mannesmann Präzisiontechnik, a German supplier of dot matrix printers, merged to form Mannesmann Tally, a division of the Mannesmann Kienzle computer group.

In 1996 Tally reformed as part of a management buyout, backed by Legal & General Ventures. World headquarters was in Elchingen, Germany with subsidiaries and business partners in more than 130 countries.

Tally continued to manufacture serial dot matrix and professional inkjet printers in Elchingen, Germany. In Kent, Washington they built line printers and color printers. Next Tally merged with GENICOM and formed TallyGenicom in 2003.

If you have a Mannesmann Tally printer, this website was specifically made to serve you. Tally line printers are built by Printronix now. 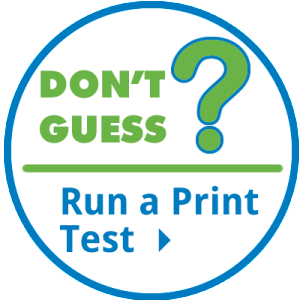 Mannesman Tally dot matrix printers are built by Dascom now. All printer manufacturers dropped “Mannesmann” from the name. To talk to an expert about replacing your specific Mannesmann Tally printer call us at 1-866-430-6202.

Searching for support for an old printer when the manufacturer no longer exists can be tough. But we’re impact printer experts. All of our staff have over 10 years experience with impact printers. Call us at 1-866-430-6202. We can help you out.

If you're ready to get new impact printers but don't have the time to spend comparing printer specifications, talk to one of our experts. Call 1-866-430-6202.

Get the Right Printers Without Wasting Your Time

Our experts all have at least 10 years experience. Let us know the software you're using and what results you need, and we'll make sure you get the best printers for your organization.

Get Your Questions Answered